Thanks to YOU, our members and supporters, PEDF has realized many successes over the years!

Babb Creek and Perkiomen Creek, photographed below, are just two more of PEDF's many success stories.

Please scroll down for more! 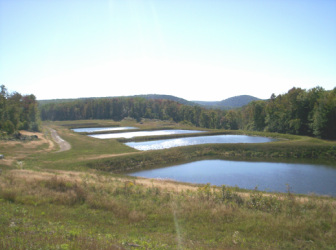 A prime example of PEDF's work is an acid mine treatment project on
Babb Creek in Tioga County.  A suit against Antrim Mining Company for
acid mine drainage into Babb Creek and Pine Creek from underground
mines resulted in a settlement where penalty payments went to the Babb
Creek Trust Fund, established by PEDF.  The Fund has been used to
construct and maintain limestone diversion wells on Babb Creek.  The
stream, which has been virtually dead since mining began in the 1850's,
now has a resurgent aquatic insect and fish population, including trout. 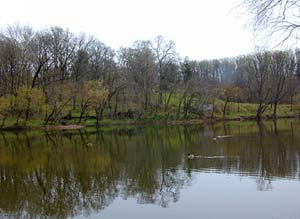 The Perkiomen Creek in early Spring.  PEDF helped to protect the Perkiomen
and the entire watershed.

Copyright 2013 by PEDF. All rights reserved.